We are in the process of developing our emergency measures plan for the Cocagne Rural Community. Once completed and approvals received, you will be notified and a copy of the plan will be posted here. In the meantime here is some useful information to better prepare you for an emergency. To transmit information to citizens in an emergency situation, the municipality of Cocagne has chosen to use the following means:

Your personal groundwork helps the preparation of the Cocagne Rural Community to deal with emergency situations that may arise. It is recommended by the federal and provincial governments as well as the Red Cross to have an emergency kit ready and close by, which would allow you, in the event of an emergency, to meet your needs and those of your family up to 72 hours. To prepare your emergency kit, visit the Red Cross website or go to https://www.getprepared.gc.ca/index-en.aspx. You can also obtain a copy of the emergency kit documentation from the municipality office.

In Cocagne, we are very fortunate to have a well-equipped fire station with a group of 30 volunteer firefighters under the leadership of Chief Danny DesRoches. Our firefighters are well trained and have taken the following courses:

Every Monday night, firefighters participate in take training exercises or practices which are held in their learning center built three years ago. Our firefighters are not limited to fighting fires, they offer rescue services for various emergencies to the populations of Cocagne and Grande-Digue.

They also carry out preventive training through information sessions in schools, nursing homes and other locations as well as handing out pamphlets on various subjects.

The firefighters of Cocagne organize various public activities such as an open house day. They are very active in the community by participating in fundraisers for charities such as The Tree of Hope, Muscular Dystrophy and the “Walk a Mile in Her Shoes” campaign which raises awareness of violence against women.

For information, you can contact the RCMP offices at: 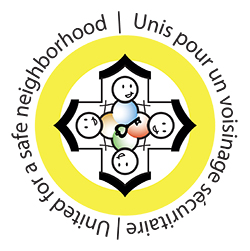 In October 2014, a Community Volunteer Oversight Committee was created in Cocagne. The committee is called the “Cocagne Community Vigilance Committee” and has two primrary mandates.

The first is to promote healthy and good-neighborliness in Cocagne. The committee is interested in developing initiatives to support neighbors and vulnerable people, such as some of our elders and our children. The committee is also committed to providing information to enable citizens to better access assistance and resources for the protection of people and property in Cocagne. These initiatives will be deployed throughout the territory of the rural community.

The second role of the committee is to provide leadership and support for groups that want to develop a neighborhood watch program in their neighborhood. Neighborhood monitoring does not involve a great deal of time or effort, but a simple commitment to observe and communicate to a responsible volunteer suspicious circumstances even if it does not justify a call to the local authorities.

For example, the presence of unknown persons or vehicles, unexpected activities at a residence while owners are absent, or even prohibited activities such as dangerous driving or illegal dumping of waste. The presence of a neighborhood monitoring program can be used to link the observations made in order to facilitate the community or police response. It is also act as a deterrent for several types of crimes and offenses.

We encouraged you to speak with your neighbors and to contact Caroline Wilson, Chair of the Committee, at 506-576-0770 if you are interested in participating in the monitoring of your neighborhood.

When a situation requires immediate action by police, firefighters, or paramedics, because someone’s health, safety or property is at risk or because a crime is in progress, call 911.