On May 10, 2021, municipal elections were held in New Brunswick.  We now have a new council made up of: Marc Goguen, Mayor; Isabelle Mazerolle, Deputy Mayor; and Councilors Monique Saulnier, Marc Picard and Louis-Georges Goguen.

You can reach the council through the municipal office at 506 576-2202 or in one of the following ways: 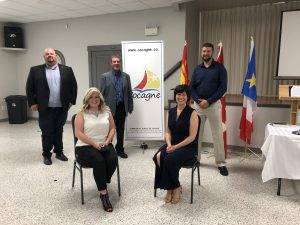 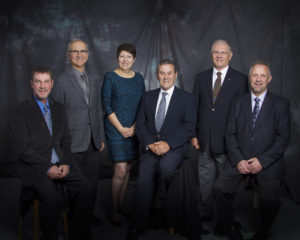 The Rural Community also has a CEO, Marcelle Paulin began her duties on January 5th 2015. In September 2020, Natalie Robichaud joined the team as deputy CEO. You can reach Marcelle or Natalie in one of the following ways: by phone at (506) 576-2202, by email at info@cocagne.ca, by mail at the postal address of the municipality which is P.O. Box 1031, Cocagne, NB E4R 1N6 or come and meet her in person at 17 Marina Road, unit 2. You can also click on CONTACT US at the top right-hand side of this page.