A portrait of Cocagne

The Rural community of Cocagne is situated in Kent County, in south-east New-Brunswick, in the Atlantic region of Canada. New-Brunswick is the only Canadian province that is officially bilingual. According to the 2016 census, Cocagne has a population of 2 649 people which consists of about 87% francophone Acadian ascendance and 13% Anglophone.

Cocagne has an area of 66.43km². It is crossed by the Cocagne River as well as numerous streams. It benefits from a humid continental climate with temperate summers. It is located in the Atlantic Time zone, (normal time UTC-4 and day light savings time UTC-3).

In 2013, during a plebiscite, the citizens of the local service district (LSD) of Cocagne voted in favor of a change in status to a rural community. The first municipal council was elected on the 23rd of May 2014.

In 2014, students at the Blanche-Bourgeois school in Cocagne were invited to submit designs of logos for their new municipality. In 2015, inspired by the students’ suggestions, Cocagne came up with a logo that represents its origins and its personality. The official launch of the logo took place on the 17th of March 2015 at the Blanche-Bourgeois school during the week of French pride (SPFF).

Our logo consists of sails inflated by the wind with a star cut out of one of them and underlined with a ripple shape. The colours are blue, white, red and yellow, and the star which all evoke our Acadian flag. The aquatic activities for leisure and business being very present in the lives of the people from Cocagne easily justify the choice of sails. Regarding the blue shape that we see underneath those sails, some will tell you it represents a bird, others will see a wave or even a boat hull.

We will tell you that all those answers are accepted! 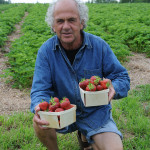 Ladder and apple tree in Cocagne 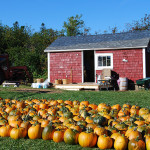 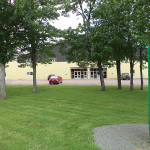 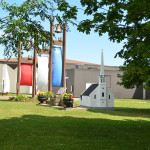 Replica of the old church 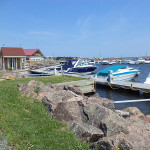 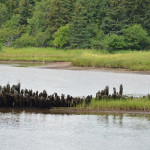 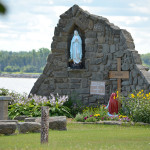 Shrine behind the church 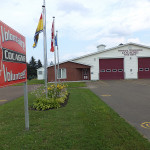 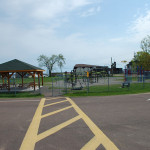 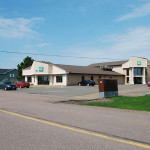 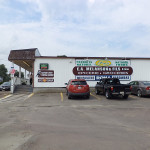 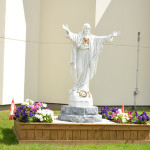 Sacred heart in front of the church 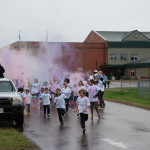 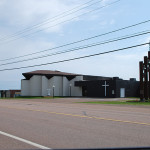 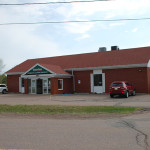 A child at a picnic 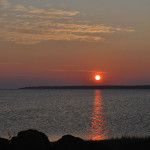 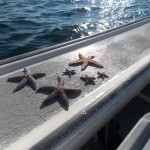 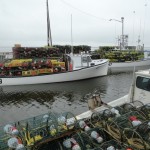 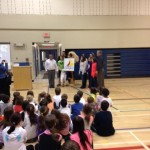 Launch of the logo 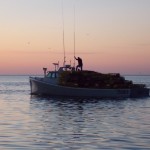